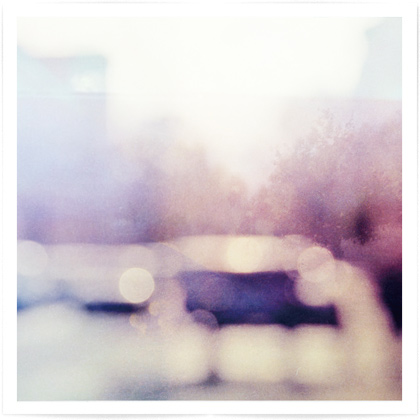 The music box tinkles, field recordings textures, and processed acoustic guitar playing flooding Home's first seconds tell you what to expect from self-taught guitarist and sound engineer Heine Christensen on his sophomore Ghost and Tape album: peaceful and pastoral acoustic electronica of a distinctly warm and ultra-immersive kind. The album title alone conveys a nostalgic quality, given the fond associations which the word evokes for most when they reflect on former homes, just as Christensen did when creating the recording (it's telling that most of the song titles refer to places in Barcelona and Copenhagen, both of them former homes of his). In a typical Home track, acoustic guitar picking (sometimes processed into slivers) is embedded within a dense pool of soft crackle and hiss, with the setting's wistful mood amplified by the presence of a secondary instrument or two, be it a melodica, subtle beat pattern, or other sampled analogue sound. In some pieces, however, the balance shifts such that the sound presents itself as a near-opaque mass within which the guitar becomes merely one texture of a great many.

Mastered with remarkable clarity (no small feat considering its density) by Taylor Deupree, the music exudes a gentle, sun-dappled quality that evokes the image of an early morning summer pond whose life forms are quietly awakening to the flickers of sunlight reflecting off of the water's surfaces. That feeling does, however, bleed over at times into an autumnal melancholy redolent of the transition from summer to fall. having said that, the music is never anything less than pretty. Compared to most of the material, “Taolin” sounds almost uptempo when, in fact, it's simply animated. Even so, its noodling guitar figures and rhythm pulses make it invite comparison to a typical I'm Not A Gun track, albeit one smothered in textures. Home's twelve originals are supplemented by remixes from Sawako and Paniyolo, the first a treatment of “Pere IV” that differs from the album's other tracks in including her soft voice amongst its other bell-laden sounds and the second a sparkling version of “Sankt Hans Torv” that sneaks woodwinds and lightly swinging drums into Christensen's setting. It hardly needs be said that admirers of the sounds produced by artists such as Chihei Hatakeyama and The Green Kingdom will likewise find good reason to embrace Christensen's Ghost and Tape music, too.