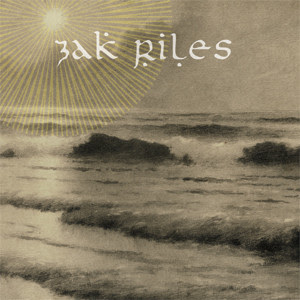 Guitarist and multi-instrumentalist Zak Riles spends the bulk of his time in post-rock / post- world group Grails. For this first and only solo disc he focuses on the acoustic guitar, backed at turns by a full band, playing a kind of modal, Middle Eastern inflected folk that crosses the territory between everything from OM to John Fahey to Sandy Bull to Popul Vuh, and more. With it moods from jubilation to paranoia to melancholy peek though, sometime from bar to bar.