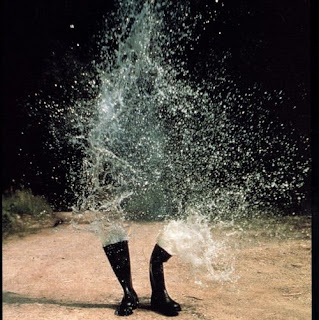 Gastr Del Sol - Upgrade & Afterlife (Drag City, 1996) // Used CD
Third of four albums from the Chicago group helmed by David Grubbs and Jim O'Rourke. Gastr Del Sol produced music that had tendrils in progressive minimalism, American folk, musique concrete, and a variety of other genres, some of them more or less concocted by the band itself. Upgrade is the most finely balanced of their works, swinging widely into all sectors yet creating a compelling whole.