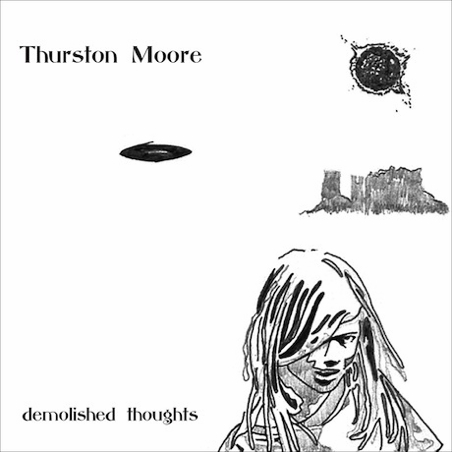 Sonic Youth frontman's new one produced by Beck
A while back, we reported that Sonic Youth's Thurston Moore was hard at work on a new

Beck-produced solo album. Demolished Thoughts is due out May 24 on Matador (it'll come out in Europe a day before). That's the hand-drawn-looking cover art above.

According to Matador's announcement, the LP was recorded in Los Angeles and Massachusetts this past autumn and winter; besides Beck, Demolished Thoughts also features contributions from violinist Samara Lubelski, harpist Mary Lattimore, bassist Bram Inscore, and drummer Joey Waronker.
Posted by e. at 12:58 PM