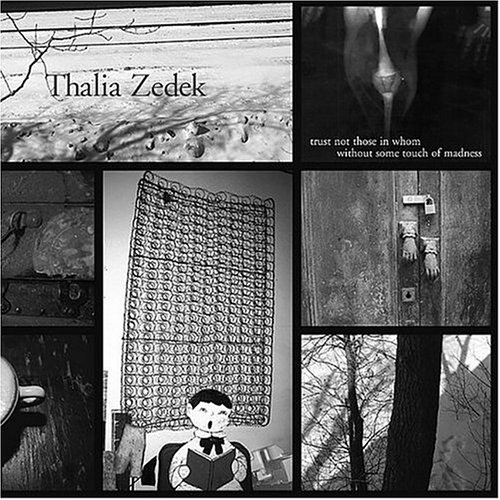 If you're looking for a female artist that hits the sweet spot between Patti Smith and Cat Power then Thalia Zedek is your gal.  She got her start w/ noise rock/punk outfit Live Skull in the 80s before starting a kind of estrogen infused Blues Explosion project called Come with Codeine drummer Chris Brokaw.

Her first solo album, Been and Gone, was released on Matador in 2001.  It was a more downbeat, late night Leonard Cohen affair, but Trust Not Those... has a more energetic aspect, notable especially for the cello work by Michael Curry, on loan from Willard Grant Conspiracy.

You can hear a streaming version of the album http://www.thrilljockey.com/catalog/index.html?id=100176.

It is available for the low low price of $7.96 at Backstreet Records in Fredericton
Posted by e. at 3:49 PM