Who's in Toronto watching The Antlers tonight?

If you wait until June you can see them w/ The National too!!! 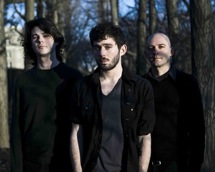 Brooklyn indie kingpins the National have already announced that they'll play a run of North American dates this spring. But if you go to some of those shows, the National won't be the only emotionally-wracked Brooklyn indie band belting out big choruses onstage. The Antlers will open several June shows.
Before their dates with the National, though, the Antlers still have a ton of shows to play. They're currently touring North America with Editors. After that, they're scheduled for a European tour, then a headlining North American trip with Phantogram opening. Then it's back to Europe. Check below for all the Antlers' dates.