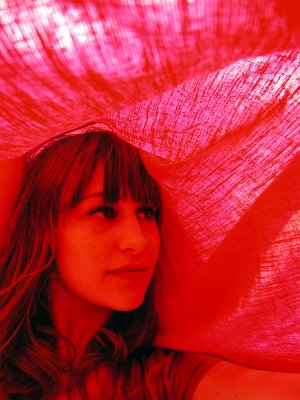 One of the most anticipated releases of the Fall/Winter season was Joanna Newsom's Ys. We ordered what we thought was sufficient to sell through in a couple of weeks of regular traffic. November was a little slow at the beginning, but then one day of frenzied buying and we were sold out. No problem... we had another order set to go... two days and we'd have more in stock before anyone noticed it was gone.

A week passes and the order hasn't shown up. I call our distributor who informs me that Newsom's label, Drag City, sold through the current print run... and so all the indie stores were stuck waiting for a new pressing and restock. The reason? HMV, who didn't think to order it when it was initially released, must've gotten sufficient customer requests because they bought up all the copies there were to be had.

So is this a good thing for Drag City and Joanna Newsom? It might initially appear to be... however the truth is closer to this: HMV buys a whole print run, essentially, and stocks their stores fully... how many people shopping at HMV will be looking for Joanna Newsom? Not a lot, I'd wager. The probable scenario is that they'll sell 10-15% of the stock they ordered then, come springtime, Drag City gets hit with a massive return... if they're smart (and they probably are) they'll have budgeted with the knowledge that their initial cash windfall is a temporary one that will have to be repaid six months down the line.

Meanwhile the indie stores... the ones who would be doing a brisk trade if they had the disc in stock... are stuck with cupboards bare.

Eric, it's Mireille here. Remember the girl with red shoes who made you guys late for breakfast poutine in Montreal?

ok, now, after i say sorry for that... i want to take you on a further memory trip, deeper into time, to the guys who opened for Yo La Tengo. Why?

Do you have any of them?

Without the delay the poutine would not have tasted quite so sweet... so indirectly you did us a favour.

The band/dude who opened for Yo La Tengo is/was/were Why? (head dude named Yoni Wolf). I don't have anything by them in stock at the store... some offshoot stuff (he was part of a hip hop collective/label called Anticon that is still putting out new work)

As for myself personally, I only have a CD by cLOUDEAD, a trio he was part of with Jel and Doseone. Confusing? Maybe. Good? You betcha.

Come see me when you get to town and we can discuss further.